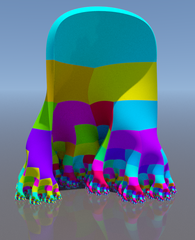 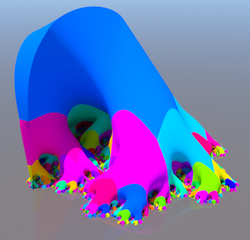 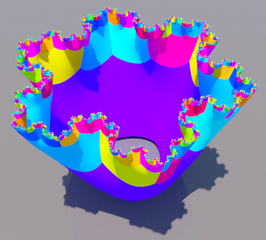 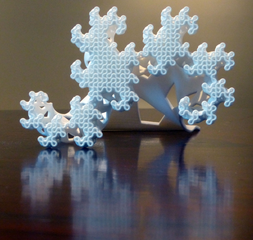 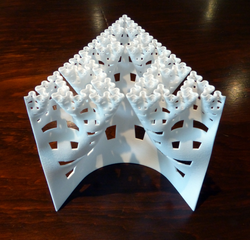 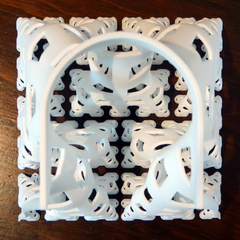 Many fractal curves can be produced as the limit of a sequence of polygonal curves, where the curves are generated via an iterative process, for example an L-system. One can visualise such a sequences of curves as an animation that steps through the sequence. A small part of the curve at one step of the iteration is close to a corresponding part of the curve at the previous step, and so it is natural to add frames to our animation that continuously interpolate between the curves of the iteration. We introduce sculptural forms based on replacing the time dimension of such an animation with a space dimension, producing a surface. The distances between the steps of the sequence are scaled exponentially, so that self-similarity of the curves is reflected in self-similarity of the surface. For surfaces based on the constructions of certain fractal curves, the approximating polygonal curves self-intersect, which means that the resulting surface would also self-intersect. To fix this we smooth the polygonal curves. We outline two very different approaches to producing and smoothing the geometry of such a “developing fractal curve” surface, one based on a direct parameterisation, and the other based on Loop subdivision of a coarse polygonal control mesh.